After I activated Mt Gawler last Monday, I noted that the Sotawatch page was showing 971 QSO’s and 64 Activations.

Knowing this is a favourite local hill, I gathered up some contacts and got in touch with a few of the regular activators to see if they all wanted to get together on Saturday morning to push the QSO count up to over 1,000.

I had replies from VK5NIG  (36 Activations), VK5STU (7 activations),  VK5AKH (the first SOTA Activator of this summit) and myself VK5FO (7 Activations) and we all planned to meet and make it happen.

I got on 40M and called and started working some of the regular VK Chasers.   Conditions were not that good and it was pretty hard going, but I did manage to gain 18 contacts in the log, including 1 S2S before UTC roll-over.

At the same time, Nigel and Stuart were calling on 20M and made a couple of contacts.

After we made the milestone contact, Andy set up a 30M dipole and made a call and made 4 more contacts.

Conditions were not great, so we decided to call it a day, but not before a photo! 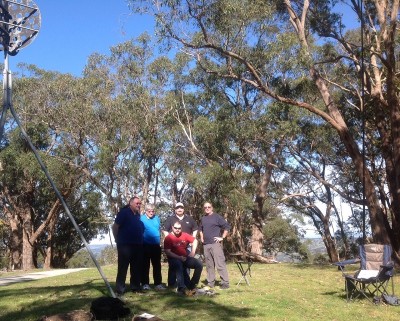 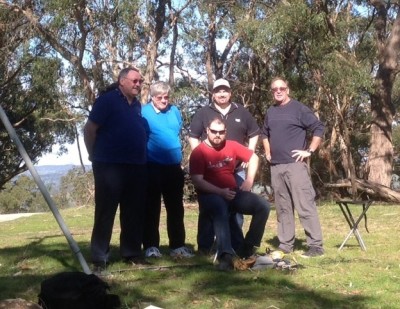 This is a pretty big milestone event for SOTA in VK – as it is now officially the first VK summit to have 1,000 QSO’s.

We had awesome weather and made a great time of it, and we all look forward to working everyone from our local hill for the next 1K and beyond.  The next target we have our eyes on is to see if we can get into the top 50 list of most activated summits, but this might take some time!

.. And I slept in and missed something else I had planned, so I went out and Played radio instead.

A quick look on sotawatch and noted a few people out and about, so a quick dash up to Mt Gawler – VK5/SE-013 after I had a great time yesterday.  Arrived around 01:00 UTC and just had a bit of a listen around the bands for a couple of hours,

Finally, saw a spot for VK3HRA on VK3/VT-013 and jumped on for a S2S contact.  At this point the charsers realized I was about to I moved up 5khz and put out a call to work a steady stream of takers over the next 30-40 minutes.  A lot of regular chasers in there and another S2S with VK1NAM on VK1/AC-027

Worked a few more – for a total of 25 contacts from VK1, VK2, VK3 and VK5 stations, most on 40M , but gave a quick call on 20M before leaving for the last couple of contacts who could not hear me on 40 before heading home for a late lunch.

When we got home, I turned on and had a quick listen around the bands – only to be confronted by my usual S9+ on 40M and S7-9 on 20M noise.  Yep, Mt Gawler, only 10km away is a whole different experience.

After Lunch, made the rash decision to shoot up to Mt Lofty – VK5/SE-005 to see if we could work a bit of Europe on 20M if it was open.

And work Europe we did! Found a clear frequency – as 20M was quite busy – put out a call and self-spotted.  For the next 40 minutes worked 29 EU stations.  There were a whole lot more but really had a hard time pulling callsigns out of the pile-up at times!  It was 0710 to 0748 UTC, which was the last hour before sunset here.

I didn’t log who, but I did have 1 station say that I was their First VK SOTA summit, quite a few saying that it was a new summit for them as well.

The noise started coming up and a couple of strong stations who could not hear me came up on the frequency, but given the sun was just starting to go down, I called it quits on 20M and dropped the dipole and unwound it for 40M and pushed it back up.

A quiet RF environment for RX, a 10W Radio and calling CQ sota when EU is open – Fun!  Today was the first day that I have really used the KX3 – and Yes, it is a great little radio for taking portable – a great RX and very easy to operate all-band, it might just be the perfect portable 🙂

Given that the days are starting to get longer, and Mt Gawler is a lot closer for me to get to, I can see me jumping up there maybe on a few week days and calling on 20M as well and seeing how that goes.

This morning, decided to give the New KX3 a go – given that I had finally got everything all together!

Should have taken a couple of photos, but hey, too busy working everyone today!

Of course, Mt GAWLER being only a 15 minute drive and a decent quiet HF location compared to home, it is my “go-to” location for portable operations.

Finally managed to get together my new lightweight 40M dipole wound up on some new winders cut from corro board.  So, with 1/2 of each dipole un-wound, a quick check on 20M and it was tuned pretty close – bumped the ATU and it locked right in.

Gave a call for about 15 minutes, but no replies, so switched over to 40M at 2341 and made a call – only to be flat out until the day rolled over – when I was smashed!

The KX3 Rx is very nice! was able to hear just about everyone today, possibly only missed 1 or 2 who were calling who were right down in the noise.

What was good today, was a couple of S2S contacts – 1 before and another after UTC roll-over, both not the best conditions, but glad to be able to complete and log them both.

With 23 Contacts before UTC and a further 29 after roll-over, it was a very busy time for about 40 minutes!

And for all the chasers who tried to tell me that this summit has now been named Mt Nigel, well, keep an eye on the spots – this sounds like a challenge to me 🙂  With the days starting to get longer, Chasers better keep an eye out, I might just head out on weekday evenings so we can re-name this Hill to Mt Bob!

I won’t list all the contacts, just the Prefixes:

VK1, VK2, VK3, VK5, VK6 and VK7 stations were all worked today, logs are all uploaded, so chaser’s the points should validate once you upload your logs. 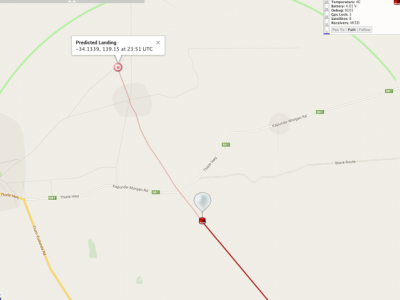 Andy sent the above image taken from the spacenear website showing the track of the balloon and the predicted landing site along with the frequencies that the telemetry and timings etc were being sent by the payload. 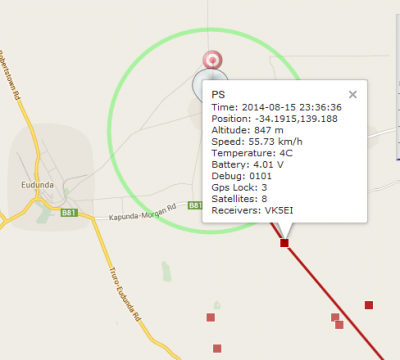 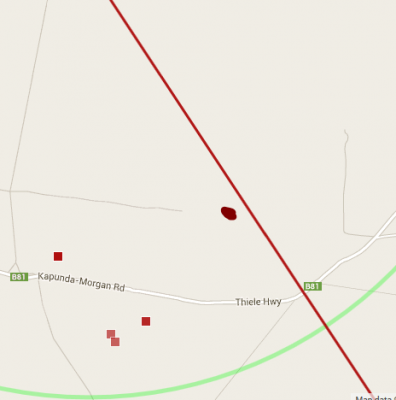 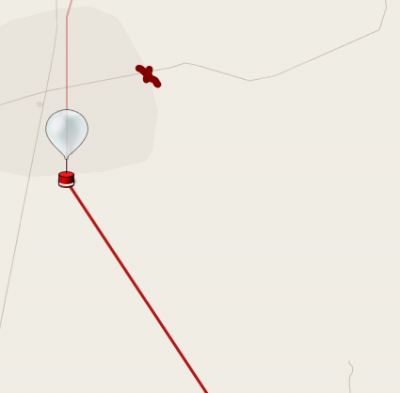 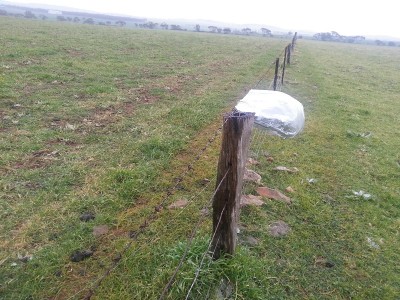 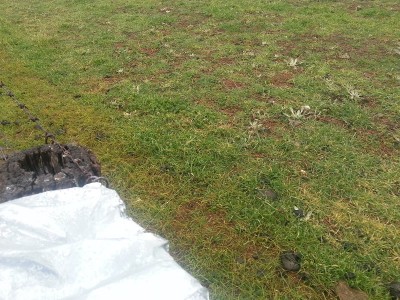 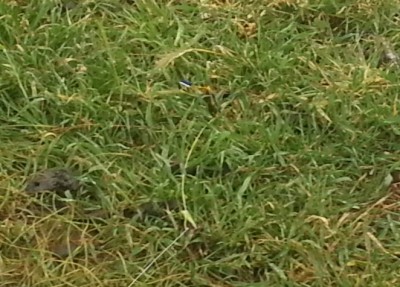 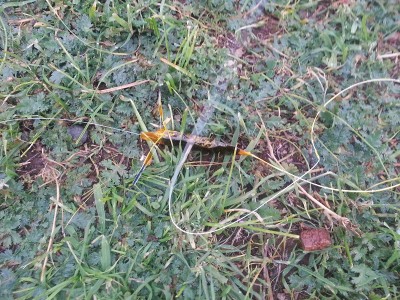